Reason For Most Airplanes Are Being White 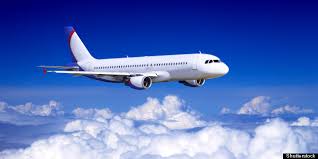 The main reason why aircraft are painted white or light colors is to reflect sunlight and minimize both the heating in any potential damage from the solar radiation it’s basically the same as putting sunblock on for example in a sunny day if you’re wearing a dark-colored sure you’ll heat up more than you will if you’re wearing a white collared shirt . the most important parts to keep the light colored and protected from the sunlight are the parts that are plastic or composite materials