Exact Answer For Difference Between Sultan and a Sultanate

I am sure nearly everyone has heard of a Sultan such as Aladdin But do you really know what a Sultan or a Sultanate is?  A sultanate is simply the dynasty and lands ruled by a sultan. And a Sultan is a noble title with several historical meanings. We tend to think that the word means

Sultan and a Sultanate

emperor, but that is not necessarily the case. Originally, it was an Arabic word meaning “strength”, “authority”, “ruler-ship”, which likely came from Aramaic שולטנא (“strength, authority”). Because of the words meaning, it came to be used as the title of certain rulers who claimed almost full sovereignty with a lack of dependence on any higher ruler. But note that I said almost full sovereignty. This is because the word sultan became linked to Islam and the caliphate. Sultans then were generally rulers who recognised the authority of the caliphate or were a 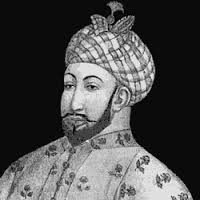 powerful governor within a province of the caliphate. Due to this, modern hereditary rulers who wish to emphasize their secular authority under the rule of their nations laws, have gradually replaced the team with king (i.e. malik in Arabic). A number of post-caliphate states under Mongol or Turkic rule, there was a feudal type of military hierarchy. And these militaries were often arranged by number (mainly in larger empires), using originally

princely titles such as khan, malik, amir as ranks. And in certain nations such as the Persian empire (Safavid dynasty), the rank of sultan was roughly equivalent to that of a modern-day army captain. The word sultana is actually not just the name of a grape it is also the female form of sultan. But interestingly the Ottoman Turks also used sultan for imperial lady, because Turkish grammar uses the same words for women and men. Western tradition knows the Ottoman ruler as “sultan”, but Ottomans themselves used emperor (padişah or “hünkar”) to refer to their ruler. The reason for the belief that their emperor was called a sultan is because the emperor did have a formal title consisted of “sultan” together with “khan” (for example, Sultan Suleiman Khan). In formal address, the emperor’s children were also entitled “sultan”, with imperial princes (Şehzade) carrying the title before their given name, with imperial princesses carrying it after. There were tons of sultanates in the past (just check the list on Wikipedia) but I am sure at this point you are wondering if there are any modern-day sultans, well the term has largely died away but there are still a few: Oman Brunei Indonesia – has a Sultan who is the governor of the Yogyakarta Special Region In Malaysia Sultan is the title of seven of the nine rulers of the Malay states. The federal head of state the Yang di-Pertuan Agong, is elected for five years by and among the hereditary state rulers, but is usually styled “king” in foreign countries (political power, however, lies with the prime minister). Sultans do still exist in other forms and in some parts of the Middle East and North Africa, there still exist regional sultans or people who are descendants of sultans and who are styled as such. So, to conclude: Sultan basically means ruler The word means strength or authority The female form of the word is sultana And there are still a number of sultans in the middle east and south east Asia.